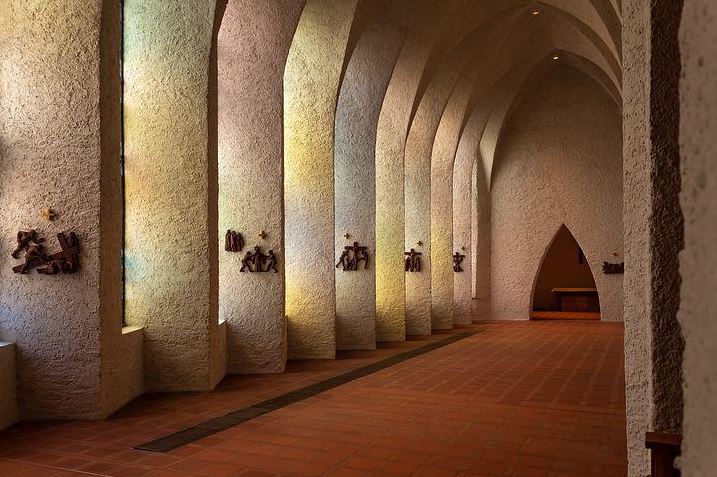 Expressionism is a form of art in which the artist aims to capture the subjective feelings and reactions that objects and events elicit in the viewer rather than objective reality. The artist achieves this goal through the use of distortion, exaggeration, primitivism, and fantasy, as well as the vivid, jarring, violent, or dynamic application of formal elements. One of the most important art movements of the late 19th and early 20th centuries, Expressionism is characterized by its highly subjective, personal, and spontaneous self-expression. Germanic and Nordic art has exhibited an ongoing tendency toward expressionism since at least the European Middle Ages, particularly during periods of social upheaval or spiritual crisis, and in this way, it can be seen as the antithesis of Italy’s and France’s rationalist and classicalizing tendencies.

Many of the German artists, as well as those from Austria, France, and Russia who were active prior to World War I and remained active throughout much of the interwar period, are regarded as expressionists. Brick, concrete, and glass were some of the materials used by expressionist architects to create new sculptural forms and massing, sometimes distorted and fragmented. Expressionism frequently entailed a rejection of historical styles, symmetrical forms, and traditional designs in favor of abstract expressionist approaches (based on structures not found or seen in the real world). This resulted in a wide range of architectural styles that were distinct from their surroundings.

From 1910 to 1930, the German, Dutch, Austrian, Czech, and Danish avant gardes were known as “Expressionist architecture.” Later definitions pushed the date of the first use of the term back to 1905 and broadened the scope of the term to include the rest of Europe. Today, the term can be used to describe any architecture that exhibits some of the characteristics of the original movement, such as; distortion, fragmentation, or the communication of violent or overstressed emotion, regardless of time or location.

Expressionist architecture is a difficult style to pin down because of its emphasis on individualism and informality. However, certain characteristics do appear repeatedly: The design of the tower was influenced by the structure and expression of the building’s purpose. Despite the fact that the structure was unable to resist the pull of architecture’s formal aspects at the expense of all else, many expressionists believe that the design evokes a sense of mobile architecture, which represents transformation and transcendence. Built to accommodate Einstein’s astronomical laboratory. For the tower, he used reinforced concrete as the primary building material, which gave him the surface plasticity he needed to incorporate curves into the design. The building has a plastic appearance, with no angles and smooth rounded corners, and appears more molded into its form than built. As a means of expressing energy through mass, the architect has used the structure’s form to depict movement inherent in its materiality. With 12 different street entrances for the working class, a community hall, and a post office, the brick expressionist structure has an evolving mixed-use program. As a single architectural sculpture, brick is the building’s primary material. The rhythm, texture, scale, and color of the structure change to reflect changes in its internal functions. Multiple plane changes in the façade create shadow lines that emphasize the horizontality of the structure through a variety of white-framed orthogonal and trapezoidal window types. As a result, the appearance of each elevation varies depending on the angle at which it is viewed. The structure’s shape is based on the ship’s hull, which has smooth, curved exteriors. This brick expressionist structure resembling a ship is considered an architectural masterpiece of its time. The curving facade of the streets running across it gives the impression of a ship’s front end. The structure that absorbs sunlight and changes appearance depending on the time of day and weather conditions uses 4.8 million dark Oldenburg bricks to give the building a varied and magnificent appearance. Some of Hamburg’s most beautiful views can be seen through the 2800 windows. Mahogany coffered doors with handcrafted brass handles and linoleum floors decorate and embellish the interiors of this hotel. Rudolf Steiner’s ‘anthroposophical’ philosophy is embodied in the architecture of Donarch, which is located in the mountainous regions of Donarch. Dramatic expression is provided by the organic and functional structure’s carved form, colored glass windows and a double-domed roof. In this structure, the architect has attempted to convey the coexistence of spirit and matter through architecture. The sculptural quality was achieved on an architectural scale by using concrete. The structure’s interiors are brought into close contact with the stunning rocky terrain outside thanks to the building’s many large windows. As one makes their way through the interior of a massive sculpture, they are immersed in a spiritual experience as the space’s color scheme mimics that of the sun and the earth. 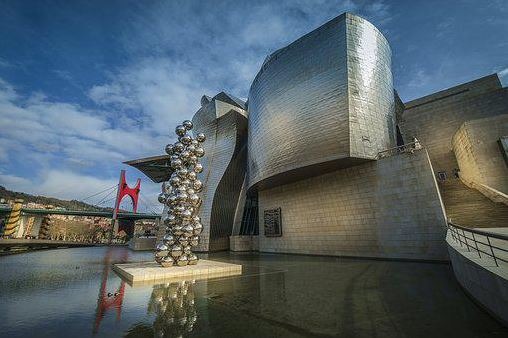 Frank Gehry’s ground-breaking modernist structure in Bilbao’s Nervión River district spans 24000 square meters. It’s a museum and an art gallery in one. Bilbao’s industrial urban context and its surrounding area are perfectly complemented by the sculptural form it takes on. The curved riverside promenade and generous public space on the southern side of the circulating form is created by its extrusion. Small passageways, curved walkways, and water features echo the river’s currents in the building. In addition to evoking the city’s industrial past, the curved metal form reflects the sun and changes color in response to the city’s weather. Among the materials used to build the structure are limestone, titanium, and glass.

In conclusion, the goal of expressionism is to communicate our emotions in a symbolic and poetic way to the rest of the world.